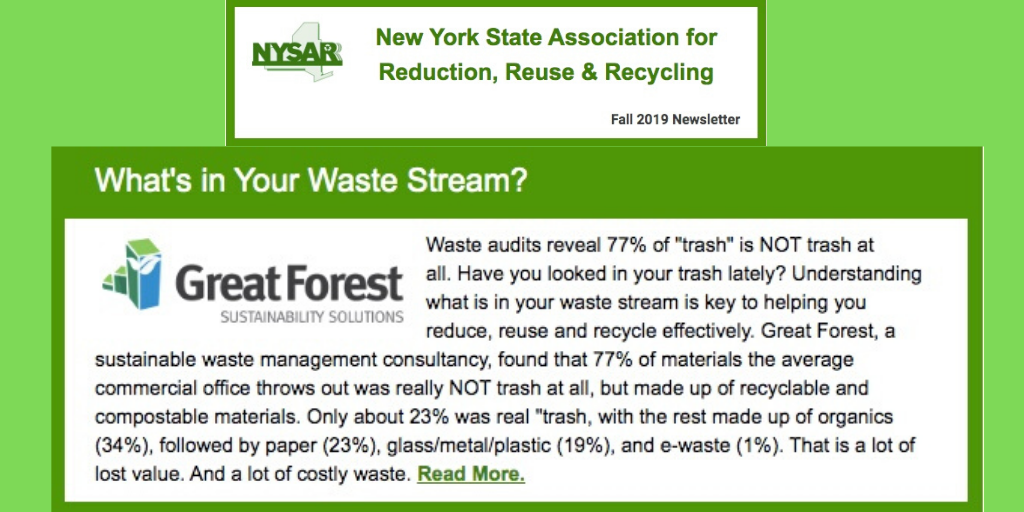 This article originally appeared in the NYSAR3 Fall 2019 Newsletter.

Have you looked in your trash lately? Understanding what is in your waste stream is key to helping you reduce, reuse and recycle effectively. A waste audit may reveal some surprises.

In a survey of 100 waste audits conducted nationwide, Great Forest found that 77% of materials the average commercial office throws out was really NOT trash at all, but made up of recyclable and compostable materials. Only about 23% was real “trash, with the rest made up of organics (34%), followed by paper (23%), glass/metal/plastic (19%), and e-waste (1%).

That is a lot of lost value. And a lot of costly waste.

Waste audits generate data that gives a business, organization or building insight into their operations. A waste audit can reveal what is working or not working in a waste and recycling management program. It can uncover breakdowns, expose wasteful problems or confirm successes. This enables companies to make adjustments to improve or boost their waste reduction efforts. Here are some examples:

How important are waste audits? In December 2018, San Francisco passed an ordinance requiring the city’s largest waste generators to conduct waste audits every three years. The goal? To increase compliance, reduce materials going to the landfill, help cut waste costs and move the city towards its zero waste goals. Approved unanimously, San Francisco’s measure speaks volumes about the importance and benefits of waste audits, and businesses everywhere should recognize it too. 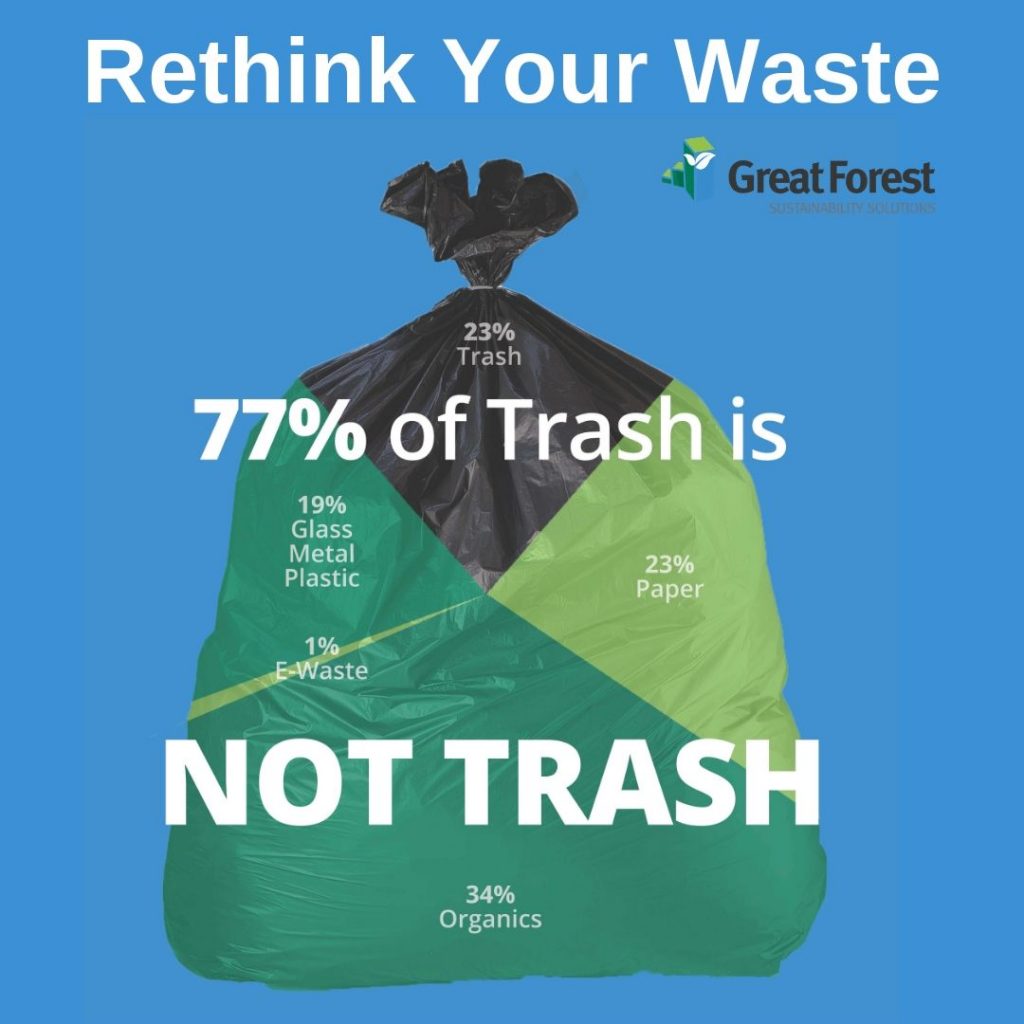