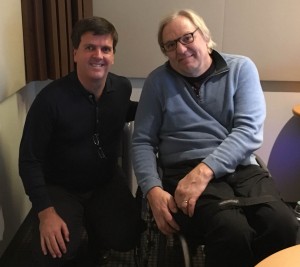 Last week, Great Forest founder Richard Fuller spoke with John Hockenberry on NPR’s The Takeaway about the climate change debate and its impact on the fight against toxic pollution–the largest cause of death among the poorest people on the planet.

This followed the historic COP21 agreement in Paris, where nearly 200 countries settled on an international plan to reduce greenhouse gas emissions worldwide.

As some of you may know, Great Forest has been funding the nonprofit Pure Earth since 1999 to help clean up toxic pollution in some of the world’s worst polluted places. Why? As Richard explains:

“… someone dies because of pollution about every four seconds.“

Great Forest is happy to support Pure Earth to make a difference.

Lister to the full interview on NPR.