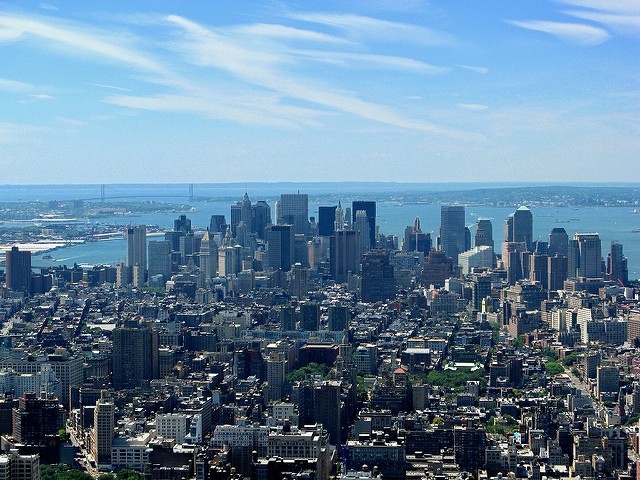 Great Forest develops and customizes programs that best fit each client’s needs. Sometimes, this involves a trial pilot that can help determine the feasibility of a program before investment in a full launch.

Here is an example of what two trial pilot programs addressing organics revealed:

Case 1: A large financial firm in Weehawken, NJ, with a three-building campus housing about 6,000 workers.

Organics Pilot Program Installed: Kitchen workers in the corporate cafeteria began collecting all food scraps in buckets, which were conveniently positioned near prep areas. These buckets were then emptied into 30-gallon covered, wheeled containers that were stored in a refrigerated room near the loading dock. These were picked up weekly.

Result: The site produced about four containers worth of food scraps daily, each one weighing an average of 200 pounds. The diversion of 8 tons of food scraps a month was a financial wash, as the cost of composting was offset by money saved with reduced trash removal fees. With no added cost, the company has been able to boost its green profile with its composting efforts, which have become a source of pride for its employees. And of course there is now 8 tons less trash going to the landfill.

Case 2: A multi-tenant building with 1,500 workers in Pearl River, NY.

Organics Pilot Program Installed: The kitchen at this smaller site began collecting food scrapes in the same way as Case 1. However, because they did not have a refrigerated room to store compostable items for any period of time, the food scraps had to be picked up every day.

Result: The composting effort at this smaller site was not as successful because it did not generate enough food scraps. The kitchen produced only one 30-gallon container of compostables a week. The daily cost of hauling a single container did not offset any savings from reduced waste fees. In fact, it cost them more money to compost the food scraps than to send them to the trash.

By establishing these trial composting programs, Great Forest was able to figure out the best approach to take for each. In Case 2, this research paid off by avoiding the instituting of a program that was doomed to be cancelled due to cost despite the best intentions of all involved. Instead, Great Forest is working on channeling this building’s efforts in more effective directions.