I am not a scientist or an expert on climate change; I am an ice cream guy. But I do know that the more business leaders who are willing to walk out of the boardroom and walk into the streets, the more likely we are to avoid the climate crisis that is looming so large before us.

Were you among the 400,000 people gathered in New York (or elsewhere around the country and the globe) on Sunday in what might have been the world’s largest climate march?

We were there to lend our support and so were reportedly a small number of progressive business leaders “who believe that corporates can be part of the solution.”

The Guardian spoke with some of these leaders, including the CEO of Ikea, the chief sustainability officer of Unilever, and the co-founder of Ben and Jerry’s (quoted above) on why they came out to march.

At Great Forest, our business is sustainability so we understand the urgency of the issues being discussed at this week’s Climate Week events.

We were thrilled to see so many people come together from so many walks of life to speak in one voice. We were humbled by the moment of silence, which washed over the huge crowd as one by one, each person held their hand up in a sign of unity.

Let’s all do our part. 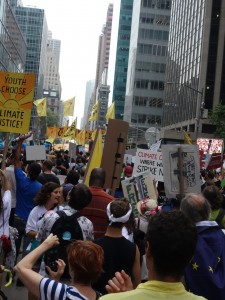 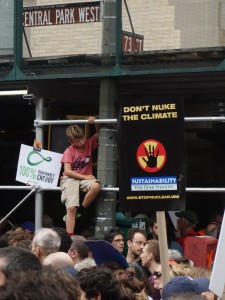 This entry was posted in News. Bookmark the permalink.
Blog Home