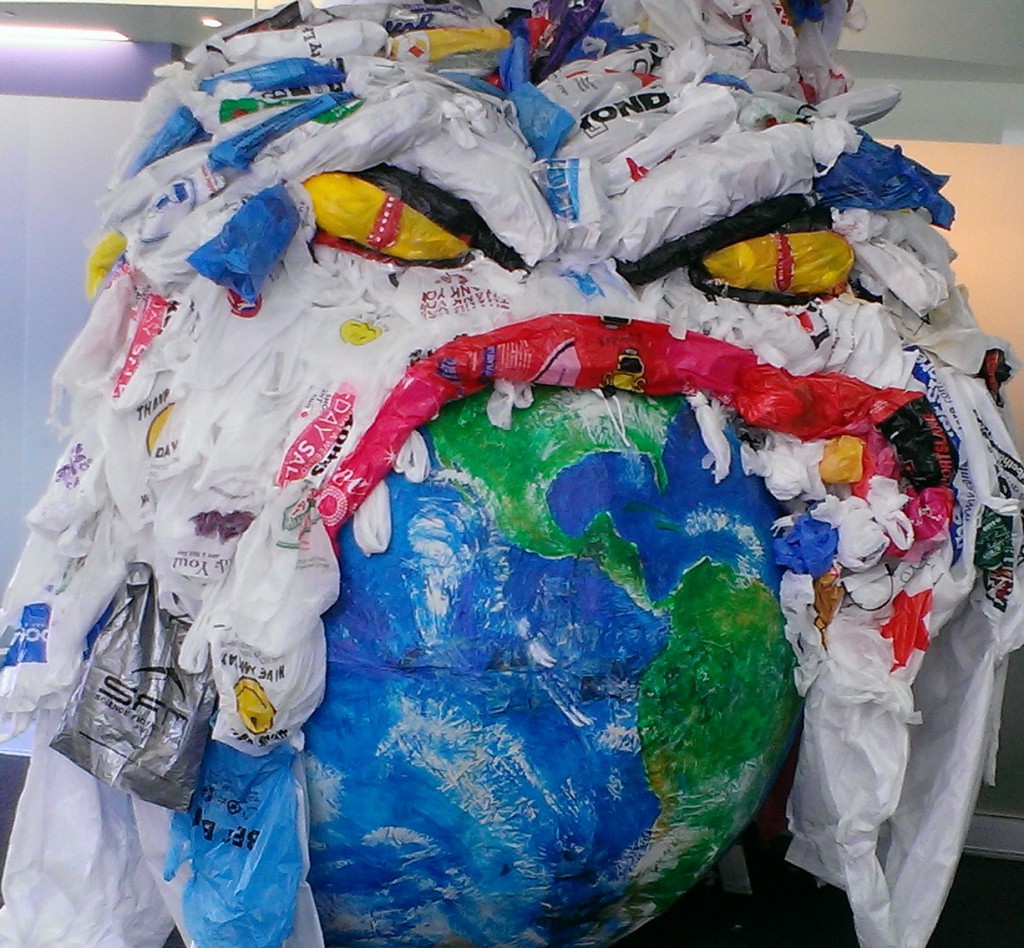 With its glowing yellow eyes, this angry plastic bag monster looks like he is in the middle of devouring the entire earth!

Great Forest recycling consultant and artist Sandra Robishaw designed and crafted this attention-getting display out of hundreds of used plastic bags for the lobby of UBS in Weehawken, New Jersey, for Earth Day 2014.

This showcase was one of dozens of Earth Day events organized by Great Forest across the country to raise awareness about recycling and sustainability.

“We saw so many delighted expressions on the faces of office workers surprised by our colorful monster in the lobby.  They approached us to ask questions and were eager to learn more about what they could do to recycle and reduce their use of plastic bags. Many even pledged to remember to use reusable bags,” says Robishaw.

“A display like this prompts curiosity and above all, its memorable.  I bet the message of our monster will last well beyond Earth Day.”

In New Jersey, where this monster was installed, legislators are weighing a five- cent charge per plastic bag, and in New York City, a similar idea is being mulled but with a 10-cent per bag fee to expand current NYS plastic bag reduction efforts already in place.

This year, Los Angeles banned the distribution of plastic bags at large retailers, and Dallas has passed a five-cent fee on bags that will go into effect next year. In Washington, D.C., a five- cent charge on all single-use bags has reportedly led to a 60% reduction in bag use.

Across the country, 132 cities and counties have with anti-plastic bag legislation.

The plastic bag monster will “scare” office workers for a week in Weehawken before moving to Jersey City.