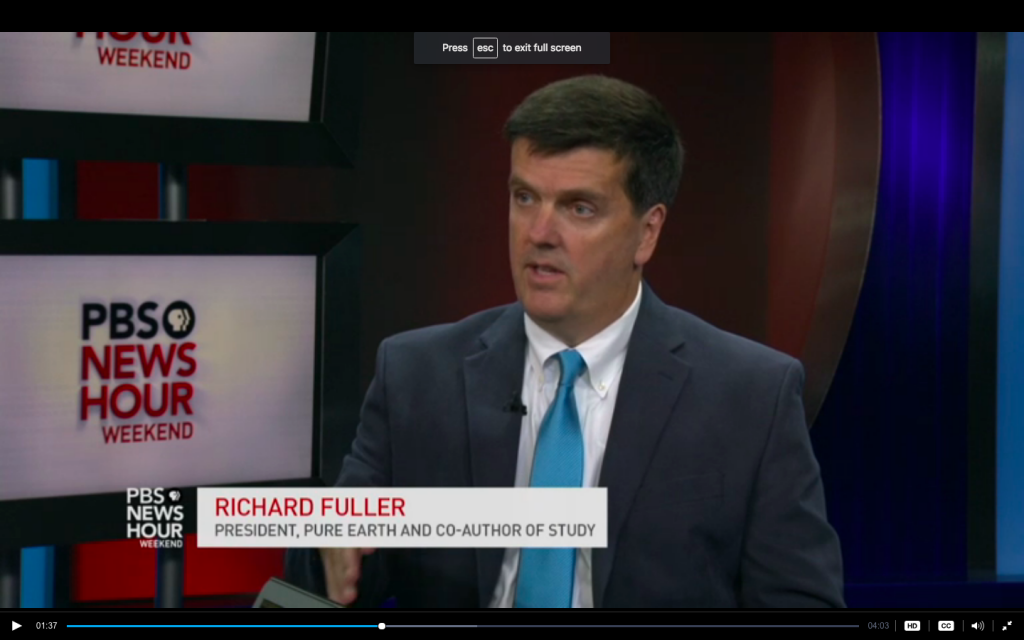 Great Forest President Richard Fuller, in his capacity as President of the nonprofit Pure Earth, joined former EPA Administrator Gina McCarthy, former President of Mexico Carlos Salinas, and other leaders and experts on October 23 for the launch of The Lancet Commission on Pollution and Health. The landmark report, with its shocking revelations about global pollution, has made news around the world, reaching over 2 billion people.

Richard is co-chair of the Commission, along with Dr. Philip Landrigan, one of the country’s top public health advocates. [Watch Richard’s interview on the PBS Newshour.]

Why Should Businesses Care About Global Pollution?

The price tag of pollution? It’s $4.6 trillion in economic damages. In this global economy, pollution’s toll affects everyone. Controlling pollution is to everyone’s benefit.

For example, the removal of lead from gasoline and the resulting increases in the American population’s IQ and productivity have returned an estimated $200 billion (range, $110-$300 billion) to the American economy each year since 1980—an aggregate benefit to date of over $6 trillion.

The report is the first of its kind to quantify the cost of pollution, and the cost of inaction against pollution, measured in lives, money, and lost opportunity for sustainable development.

From Great Forest To A Pure Earth

When Richard launched the nonprofit Pure Earth almost two decades ago, it was partly to fill a gap. He wanted to expand the tangible impact he was making with Great Forest in greening businesses in the US by tackling the bigger problem of pollution in poor countries.

Ross Guberman and Anna Dengler represented Great Forest at the launch as part of Great Forest’s continued support of Pure Earth. We understand that bringing sustainability to corporations and businesses is just one part of the solution.  Addressing global pollution is the other. We believe in it so much that a portion of our profits continues to support Pure Earth’s work!

What We All Do Next Matters

Click here to read the open letter addressed to YOU, and find out what you can do next.

This entry was posted in All, Making a Difference. Bookmark the permalink.
Blog Home