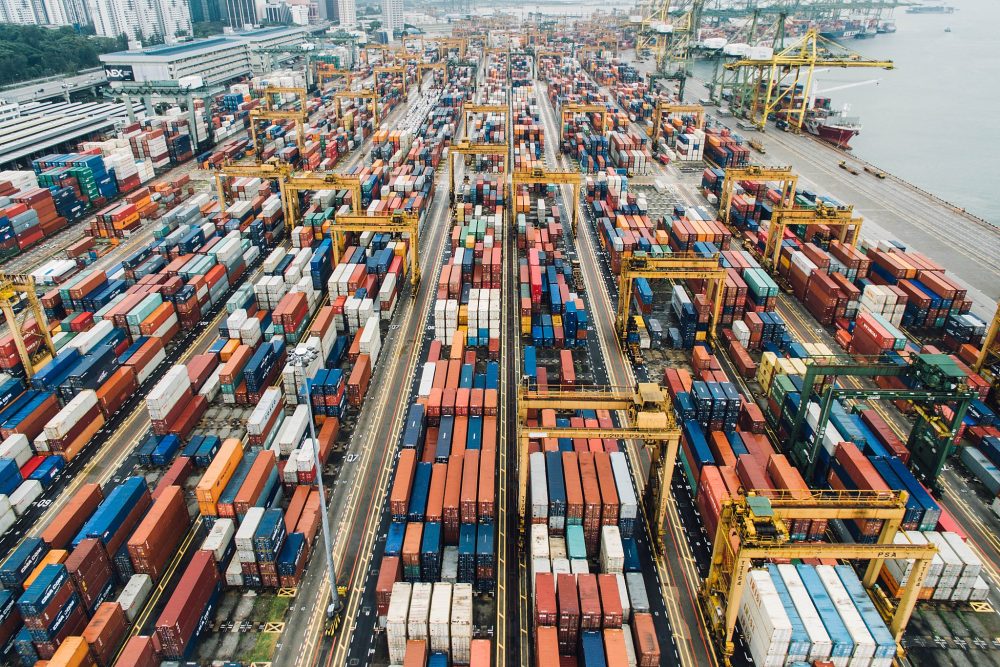 A brief history: The China ban began in 2013 as the “Green Fence” policy, which stopped the flow of low quality recyclables at the Chinese border. This was followed in 2016 by their “National Sword” campaign, which continued the crackdown. In 2017, China announced a ban on 24 types of solid waste.  And now China may potentially ban all scrap imports by 2020.  Other countries like Vietnam, Indonesia and Malaysia are now starting to restrict scrap imports to deal with the flow of materials being diverted away from China.  Businesses in the US will likely continue facing higher waste and recycling costs and increasing regulations regarding recycling. Increases in tipping fees at U.S. landfills are expected to continue as large landfill owners look to make up lost revenue. And now new tariffs could strike another blow for the US-China scrap trade. The solution lies in adopting zero waste strategies. This is the future. Read on to learn what to do.

Many of you have probably been seeing increases in your waste and recycling costs due to the China ban–the Chinese import ban policy that was first implemented in 2013 to prevent the import of trash (including contaminated scrap metal, paper and plastic) into China.

Since the U.S. exports about one-third to 50% of all materials collected for recycling, sending about half to two-thirds of that to China, the policy has greatly affected the market for recyclables.

“We expect to see waste and recycling costs continue to go up here in the U.S. because of China’s import ban policy. But that does not mean that buildings and businesses cannot do anything about it. Those who are prepared for the new market can work to manage those costs,” says Great Forest COO Jackson Shulman.

Since China began implementing its import ban policies, there have been closer inspections of containers of scrap arriving at Chinese ports, resulting in an increasing amount of contaminated recyclables being turned away.

In response, waste and recycling haulers and processors in the U.S. are now starting to increase their rates, citing the need to do more secondary sorting to ensure recyclables are “clean” enough for export to China. Some of the bigger haulers are even investing in high tech facilities that do optical sorting. On the other hand, some haulers are simply treating contaminated recyclables as trash, bringing them to the landfill instead. And now landfill tipping fees are on the rise. All this means higher costs for you.

So what can your building or business do to manage costs and ensure that recyclables are not going to the landfill?

Regular waste audits are crucial – they give you a clear picture of what you are throwing away, what you are diverting, and how effectively (or not) your waste and recycling programs are working. Understanding your waste streams will allow you to work on reducing waste generation upstream  in order to avoid waste removal costs downstream.

A Great Forest study of over 100 waste audits conducted across the country revealed that 77% of what an average commercial office throws out is NOT trash at all. This means that many businesses are paying more than they should for trash removal. 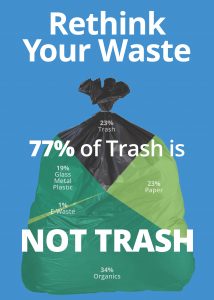 With rising waste and recycling costs and increasing regulations regarding recycling, the only long term sustainable solution lies in adopting zero waste strategies. Businesses have to rethink the way they approach waste. They have to understand the waste they generate. They have to ask themselves where their waste is coming from, and if there are alternatives.

The key thing to remember is that going zero waste does not mean producing no waste at all. Moving towards zero waste is actually very achievable for businesses, with many benefits. Here is how businesses can start to go zero waste in just 3 steps.

Understanding your waste data will give you the power to make informed decisions that will save you money and improve operations in the long run. In addition to regular waste audits (mentioned above), businesses should: 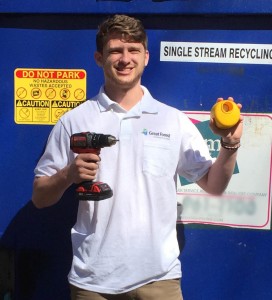 Get more accurate metrics. Do not just accept the metrics you receive from your hauler without question, and without verification.

Use technology, such wireless sensors, that can provide data right from the dumpster.  This will help you avoid paying more for your waste than necessary.  According to an FMJ article,  9% of scheduled waste pickups are missed, and 21% of sites need waste service level adjustments.  Great Forest has had great success working with Enevo, using their bright yellow sensors at over 300 locations in a pilot program that has since expanded. Read our case study here.

Teach and remind your staff and tenants how to properly utilize your waste and recycling program. This can be done through regular educational and training sessions, talks, newsletters/emails, events, and other platforms.

This is necessary to ensure that mistakes are not made that render your program ineffective, for example, if  liquids and wet, messy food wastes are constantly being discarded in your recycling bins. Better yet, have an organics program in place for all food waste to decrease your trash (and trash bill).

If your recycling stream is too contaminated, recyclable materials such as paper may not be recoverable at a sorting facility. Your recycling could end up in the landfill, and the cost of having it sorted after pickup will be passed along to you in the form of increased waste and recycling rates.

Understanding your waste data, being prepared and aware of the market, along with maintaining a clean recycling stream, will put you in a better position to negotiate when you are hit with a rate increase. By working with your hauler, you have a better chance at keeping any rise in rates to a minimum.

Coverage of the issue in Waste Dive: