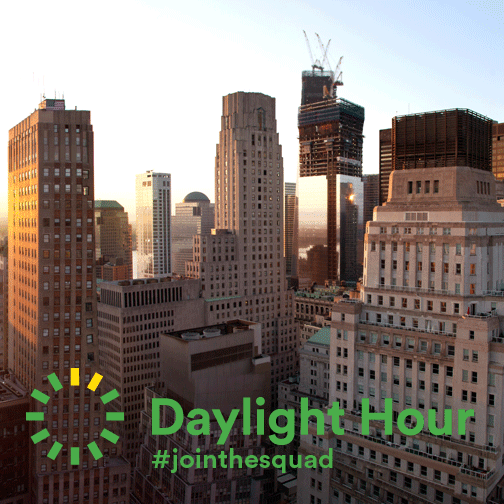 Great Forest’s participation in Daylight Hour 2017 was rewarded with the “Gear Head” award for best monitoring and analysis, as documented in this case study, which is also featured at the Building Energy Exchange’s  website. Thanks to the creative folks behind the annual Daylight Hour movement for continuing to push for energy savings in such a fun way.

Great Forest’s participation in Daylight Hour 2016 triggered not only energy savings but also prompted increased engagement among employees stemming from the thrill of coming up tops promoting the fun competition.

Following our success, we turned Daylight Hour into Daylight Fridays, expanding our energy saving efforts year-round, and beyond lighting. 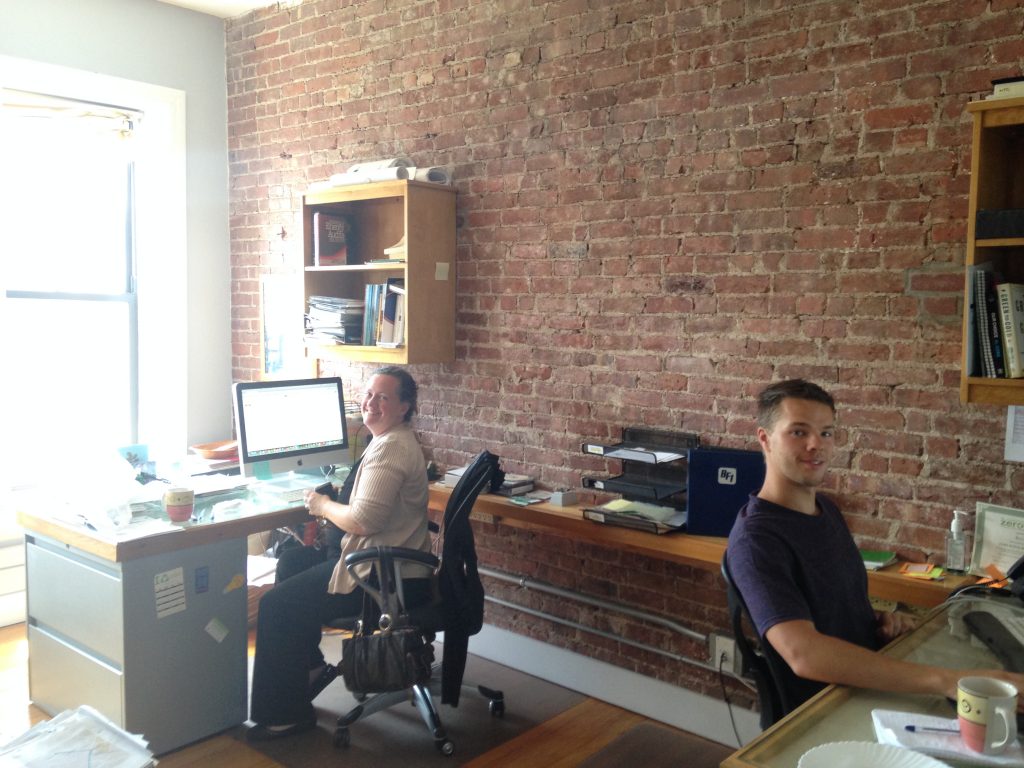 Great Forest’s NYC office occupies  a  110-year-old brownstone in historic Central Harlem. Daylighting is plentiful due to skylights and east facing windows, and minimal shading from neighboring properties. As such, our office lights are usually off for a good amount of time each day, even before we began taking part in Daylight Hour.

So to really make a difference in energy savings, we decided that we would not just turn off the lights, but also take into account cooling to make an impact on the aggregated total. The Great Forest energy team then went floor to floor to make adjustments in our 2-pronged effort to curtail energy use.

While the upper floors received plenty of daylight, they also predictably gain the most heat during summer afternoons, particularly in storage areas (where the thermostat is located), which happen to be remote from the work areas.  This along with our west-facing windows, which collect the most late afternoon heat, were forcing over-cooling of the rest of the building, since the cooling system was making adjustments for this area. So we decided to change the set-point and operate windows more frequently, and to invest in room darkening shades for the upper floors. Ultimately, the shades are what is probably making the most impact on the property.

Results from both our managed cooling efforts and limited lighting during last year’s DaylightHour (June 17, 2016) and the days following were impressive: we saved more than 25% (500kWh) year over year (June 2015 compared to June 2016) in total kWh usage, and over 56% (1.3 kW) in peak kW demand billed by Con Edison. We have to note that luck was also on our side as  some of the high heat days of summer 2016 fell on weekends.

Lights and automated heating/cooling systems are so much a part of our daily working life that in the majority of offices across the country, workers do not even think about it. The lights and heat/air are on when we get to the office, and they often remain on even if there is bright daylight streaming through our windows, or if it gets too cold.

“We need to get get more people to pay attention to their immediate surroundings,” says Sheila Sweeney, Great Forest’s Director of Energy Services.

“Part of what we do at Great Forest is to work closely with C-suite levels at property management firms around the US to forge change in the mindsets of their employees and the larger community. Now we’ve done it within our own offices with Daylight Hour. We made sure that everyone was able to join in the energy saving conversation. We made it fun and memorable, and we simply built on that success by making awareness a year-round energy saving policy.”

“If you work in a large office where controls are not within your reach, talk to your sustainability officer or facility manager.  The solution could be as simple as turning a dial elsewhere in the building.”