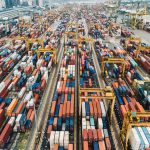 China Ban Summary:  A brief history: The China ban began in 2013 as the “Green Fence” policy, which stopped the flow of low quality recyclables at the Chinese border. This was followed in 2016 by their “National Sword” campaign, which continued the crackdown. In 2017, China announced a ban on 24 types of solid waste.  And … END_OF_DOCUMENT_TOKEN_TO_BE_REPLACED

This entry was posted in All, Recycling, Composting, Waste and tagged Green Fence. Bookmark the permalink.